Did You Know the Five changes that should be introduced from IPL 2016 Season 9 This Time ??

some iportant changes are done this time in ipl season 9
Times are changing rapidly and so is the game of cricket. With the focus shifting towards the shorter versions of the game, it is important for the game to constantly reinvent itself and become more entertaining. The Indian Premier League (IPL) is doing exactly that. It is a pioneer in domestic sport and is the most watched Twenty20 (T20) league in the world.

Since its inception in 2008, the IPL has seen many changes to its rules and regulations like increasing the number
of teams, shifting the league to South Africa etc. If the IPL is keen on establishing itself as the premier sporting league in the world, here are 5 possible changes that can be made to make the IPL better than ever before.

1. Increasing number of foreign players in the playing XI 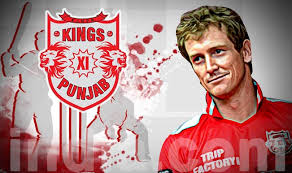 Having more foreign players in the starting XI will enhance the quality of the IPL
While the IPL has always been Indian at heart, the international stars are the real crowd-pullers. From AB de Villiers to Chris Gayle to Brendon McCullum, the IPL owes much of its fan following and global popularity to these international stars. Having more foreign players increases exposure for the newbies and improves the standard of the game tremendously and it is especially evident with the quality of fielding that the younger players display.

2. One compulsory uncapped player in the starting XI

The IPL is arguably the best thing that has happened to Indian cricket. It has unearthed several talented cricketers from every nook and corner of the country. It provides an ideal opportunity for the aspiring cricketers to interact with legends and rub shoulders with the best in the business. Despite the criticisms that the format is facing, it adds an additional facet to their game and helps them to improve their temperament.
However, we are seeing that most teams are not too interested in promoting uncapped local talent. We cannot blame them either, as every franchise comes into the tournament with the sole aim of winning the coveted IPL trophy and having a side full of international players ostensibly gives you a better chance. In such a scenario, making it compulsory for each team to include at least one uncapped player in the starting line-up is the solution as it will open gates for more players like Sanju Samson, Shreyas Iyer and Yuzvendra Chahal in the future. 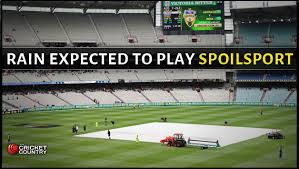 The rules for rain-interrupted matches need to be tweaked Nothing can be more annoying than waiting for our favourite match and watch it get delayed due to rain. This season too, a lot of teams suffered despite being in a good position on the points table as rain played spoilsport. While the weather is not in anyone’s control, what can be done is that the cut-off time for matches that begin at 4:00 PM can be increased.

The current rules provide a cut-off time of 60 minutes for league matches and 120 minutes for play-offs beyond which matches are either shortened or abandoned. There were numerous examples this season of matches which were beginning at 4:00 PM being shortened when they could have easily carried on till around 11:30 PM, which is around when matches that begin at 8:00 PM finish, as it would have enabled them to play the full quota of overs. The BCCI needs to take the fans into consideration and reconsider this rule from next season onwards.

With technology improving day by day, it is time that the BCCI accepts the Decision Review System (DRS) and incorporates it into the IPL. With almost every game in the IPL this season having had a major umpiring blunder, introducing the DRS will bring more credibility to the tournament and ensure that the better teams progress. You wouldn’t want an IPL final, after all, to be decided by an incorrect umpiring decision.

Also, another rule that needs to be tweaked is regarding the priority given to number of wins over net run rate. Unlike previous seasons, the team with more number of wins got precedence over the team with the higher net run rate this season. In a tournament where matches have been abandoned due to rain quite often, this is grossly unfair and needs to be changed with immediate effect.

5. Do away with cheerleaders 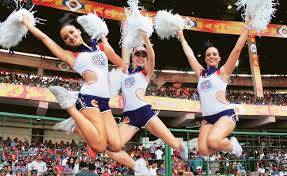 The presence of cheerleaders is a mere gimmick that needs to be done away with for good
This seems to be a never ending debate. The advent of cheerleaders during matches is seen as a major setback for the spirit of the game with the focus shifting away from cricket. While there is nothing wrong with celebrating our favourite team with these gorgeous people, there is an ugly side to this.

Many cheerleaders have openly spoken about their discomfort due to the crowd. With match-fixing allegations, after match parties, secret blogs scandals and a whole range of issues, it is better to be safe than sorry. The BCCI definitely needs to review having cheerleaders in the IPL as a ban on them is not going to affect the quality or viewership of the tournament.

• How To Get? Ticket To IPL